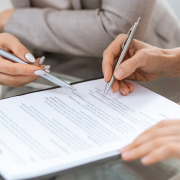 “I’d never met, spoken to or even emailed Mr Armstrong” said Cllr Speakman, “So I don’t know what I’ve done to justify this vile tirade of profanities”

The issue seems to have arisen when Cllr Speakman asked one of the trustees of Ollerton Educational Foundation, Andrew Needham, if all three trustees would be willing to come to a meeting with several parish councillors at the village hall.

“We’ve had a number of parishioners contact us, upset, worried and concerned about the potential loss of ‘The Schoolhouse’ on School Lane and wanted to talk to the trustees” said Chair of the parish council, Geoff Mason

Shortly after all three trustees agreed to meet with parish councillors, Cllr Speakman seems to have been cc’d into a reply Simon Armstrong sent to Andrew Needham by mistake. (we’ve asterisked the swearing)

“I’m working as a parish councillor, as an unpaid volunteer and representative of the parish and in the three years I’ve been a councillor I’ve always communicated with others with the utmost respect and politeness” said Cllr Speakman. “With this in mind I decided to introduce myself to Simon and try and make light of his error.”

Bringing his error to light, however, didn’t result in any form of apology but a second vitriolic outburst.

“We’ve simply asked for a meeting and for them to bring some loan application documents” said Cllr Simon Saba, “I don’t see how doing that is any form of ‘defamation’, it’s all very strange and unwarranted”

“I’m not bothered about being called names”, said Cllr Speakman “I’ve a very ‘thick skin’, but I take exception to being threatened with potential legal action when I’ve done absolutely nothing wrong. Fortunately I’m a strong believer in the rule of law and since I’m innocent, I’m happy for Mr Armstrong to take whatever course he deems fit”

Subsequently at the meeting Mr Armstrong, when confronted with a perfectly innocuous letter, shouted, screamed, ripped up the letter and threw it at Cllr Brian Mellor.

“I think it is unbecoming of the role of charity trustee to behave like this” said Cllr Mellor “The charity is facing a difficult and testing time and needs calm heads to help it, not irrational and petulant outbursts like this” 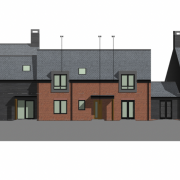 Local parish councillors from Snelson, Chelford, Over Peover and Ollerton with Marthall along with several members of the public crowded into Macclesfield Town Hall to watch the proceedings. The aforementioned councils were united in their opposition to the proposal and had been working together to oppose the development since early 2020. Only one councillor was allowed to voice the concerns of locals and since the development fell within the boundary of our parish, Cllr Speakman spoke.

Cllr Speakman stressed that the site was currently just a “large-ish house with some outbuildings and mostly undeveloped land” making the plan wholly disproportionate. It was pointed out that “the application is unsustainable” and that the applicant was being forced to add “new footpaths, car parking, shuttle-busses and lighting to try and meet the required credentials”. The site and adjacent areas contain considerable biodiversity including important, protected wildlife such as Great Crested Newts. Indeed, part of the site is a peat bog, known as “Stockin Moss” it has been designated a “Local Wildlife Site” and as you would expect for a “moss” it is regularly flooded in winter and the proposed drainage of this land, would have had a devastating effect on wildlife.

Proceedings took an unusually short 30 minutes during which the following criticisms were made by the planning officer.

Opposition was also received from a number of official bodies including the NHS, who said the development would have “an unfair negative impact on primary care services availability to other residents living locally”. It was also pointed out that the area already has “21 care homes…that have an 852 bed capacity”

The parish councils of Over Peover, Chelford, Snelson and Ollerton with Marthall await any appeal application, but remain resolute and determined in their opposition to this application which would have a devastatingly negative effect on local health, openness, amenity and wildlife. 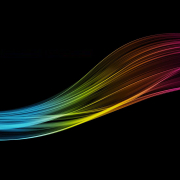 Your broadband is probably rubbish and that’s because the “cabinet” you’re connected to is miles away in Mobberley and you’re connected by the old copper wires used for your phone. Ollerton with Marthall Parish Council is investigating the options for getting what is called “fibre to the premises” (FTTP) or “gigabit broadband” installed in this area. This would allow you have download speeds between 300 and 1000Gbps, which is probably around 30-100x faster than what you currently have

At the moment we need to see if you’re interested. If you are then please fill out the form above and we will be in touch.

We realise you’ll have a host of questions, please use the comments at the bottom of the page to ask any questions but we’ve included some possible questions and answers below…

What will it cost?

At the moment we don’t know. It depends on how many people are interested so we can share the cost. It depends on any grants we can get to help pay for it and it depends on who installs it.

It is worth pointing out that BEFORE the COVID pandemic and everyone started working from home or home schooling, it was estimated that gigabit broadband added around 5% to the value of your home, so even if it was £1,000 per household (for example) if your house was worth £300,000, installing it would potentially add £15,000 of value to the property.

How long will it take?

Again an almost impossible question to answer. With the pandemic and a potential backlog of jobs it’s hard to say. However the hard work was done in the autumn of 2019 when Openreach dug the road up to install gigabit broadband to Mr Rooney’s new house. So it should only take a day or so once started.

Why is a new fibre cable needed?

Although a fibre optic cable was laid along Pedley House, Pedley and Marthall Lane in autumn 2019, it was a private cable so we can’t use that. We can however use the pipeline so it will be cheaper now.

Once it’s available will it just be faster?

No unfortunately your ISP will be charging you for either “Fibre to the Cabinet” or “ADSL broadband” and you’ll need to upgrade to “Fibre to the Premises” (gigabit broadband). This usually costs about £10-50 a month more (depending on how fast you choose to have a connection)

There is also a one off connection fee to connect your house to the cable. For more info we would suggest going to your ISP’s website and searching “FTTP”

Will I have to change ISP?

No nearly all ISPs offer a FTTP (gigabit broadband) package. It might be that you choose to change ISP because another ISP is cheaper.

Will my WiFi still work?

You will have a new router provided as part of the FTTP (gigabit broadband) install, so you might end up with a new name for your WiFi but that can be changed back to the old name. The WiFi signal may get better with a new router but WiFi is effectively a problem in your house, not the broadband itself.

How many people will be on the cable?

Depends how many sign up for it. Its unlikely that anyone in Mobberley will sign up because they’re near the cabinet and already have good broadband, so this leaflet has just been sent to people who live on Pedley House, Pedley, Pinfold and Marthall Lane. “Contention” issues caused by everyone using the internet at the same time will not affect what we’re proposing, there are simply not enough people being asked for it to ever become an issue.

Shall we not just wait for Openreach to do it?

Several years ago the Government allocated £5 billion to deliver gigabit broadband to the “hardest to reach” 20% of UK premises that will not be reached by commercial investment. In the Spending Review 2020 the Chancellor downgraded that amount to £1.2 billion. That means not everyone will get it. Ironically though if we “show willing” then we would potentially be first in the queue for the reduced funds. So trying to “go it alone” might actually mean we don’t have to pay because we can show there is a market for gigabit broadband in this area.